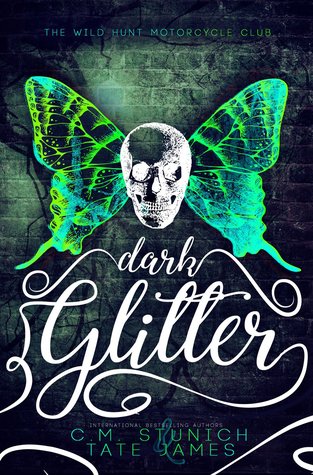 Ciarah O’Rourke was born into torture.

A human spirit reincarnated in the body of an ancient fae goddess, she’s spent the last five years in iron shackles, her mind poisoned with magic for secrets she doesn’t know.

Waking up in a dirty alley with no memory of her escape, Ciarah finds herself in the hands of The Wild Hunt Motorcycle Club–a ruthless and violent group of bikers with faerie blood in their veins.

From their clubhouse in the middle of the Louisiana bayou, they’ll offer Ciarah the keys to unlock her memories and control the veil between worlds. But even her knights can’t erase the twisted scars that remind her they aren’t the only ones who hunt.

When The Wild Hunt rides, the souls of the dead join their parade.

All that’s missing now is their queen.

Tate James was born and raised in the Land of the Long White Cloud (New Zealand) but now lives in Australia with her husband, baby and furbaby.

She is a lover of books, red wine, cats and coffee and is not a morning person. She is a bit too sarcastic and swears too much for polite society and definitely tells too many dirty jokes.

C.M. Stunich is a self-admitted bibliophile with a love for exotic teas and a whole host of characters who live full time inside the strange, swirling vortex of her thoughts. Some folks might call this crazy, but Caitlin Morgan doesn’t mind – especially considering she has to write biographies in the third person. Oh, and half the host of characters in her head are searing hot bad boys with dirty mouths and skillful hands (among other things). If being crazy means hanging out with them everyday, C.M. has decided to have herself committed.

She hates tapioca pudding, loves to binge on cheesy horror movies, and is a slave to many cats. When she’s not vacuuming fur off of her couch, C.M. can be found with her nose buried in a book or her eyes glued to a computer screen. She’s the author of over thirty novels – romance, new adult, fantasy, and young adult included. Please, come and join her inside her crazy. There’s a heck of a lot to do there.

Oh, and Caitlin loves to chat (incessantly), so feel free to e-mail her, send her a Facebook message, or put up smoke signals. She’s already looking forward to it.