We’re on tour with A Lick of Magic by Crea Reitan! Download your copy of A Lick of Magic by Crea Reitan today! About A Lick of Magic

Sacred Tongue Academy. Or as the students call it, Satan’s Touch Academy.

Five best friends, a small coven of witches, embark on their culminating project for their graduate degree—to start and successfully run their own business. Their shop’s name? A Lick of Magic. And what are they selling? Why, only magically enhanced sex toys, of course.

E, Dev, Sin, Indie, and Crea have been thick as thieves since they met, and as the year starts with the launch of their shop, they expect it to go as any other. But it quickly becomes apparent this is not the smooth sailing final year they all planned as they’re sucked into the school’s hidden secret society. Especially when they meet a group of sexy as Hell men that they’re sure cannot be human. Not being human isn’t a big deal, of course – not in their world. But why are they pretending to be?

In a school known for its dark corners, growls in the dark, noises behind closed doors, and a death or two each year, the girls now have to add ‘staying off the radar of the society that’s proving to be anything than what it appears’ to their agendas.

Five book series. Each will be following one of the five witches as they create their magical sex toys and the hilarity that comes with it, struggle to run a successful business and still keep their grades up, and you know – survive the claws of the secret society. All while falling into steamy relationships that they had not planned on.

Crea lives in upstate New York with her dog and husband. She has been writing since grade school, when her second grade teacher had her class keep writing journals. She has a habit of creating secondary, and often time tertiary, characters that take over her stories. All of her RH relationships end up being heavily polyamorous – meaning it’s not just all the men for one woman. There’s also some M/M action going on. When she can’t fall asleep at night, she thinks up new scenes for her characters to act out. This, of course, is how most of her meant-to-be-thrown-away characters tend to end up front and center – and utterly swoon-worthy! Don’t ask her how many book boyfriends she has…When not writing, Crea is an avid reader. Her TBR pile is several hundred books high (don’t even look at her kindle wish list or the unread books on her tablet). Sometimes, she enjoys crafting; sometimes, exploring nature; sometimes, traveling. Mostly, she enjoys putting her characters on paper and breathing life into them. Oh, and sleeping. Crea loves to sleep! 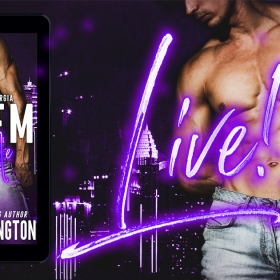 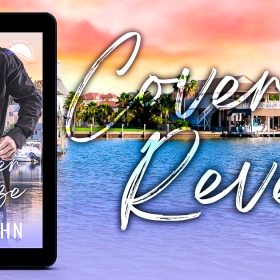