Say it Ain’t So by Lani Lynn Vale is LIVE!!

He should’ve never left his house. He should’ve stayed at home. He has a legitimate excuse—he’s running a fever and he’s fairly sure he’s developing pneumonia. He should have called in sick…but he doesn’t.

He goes to work, because his team is relying on him.

First, he has to sign about eight thousand calendars—all from women who purchased said calendars to benefit the Fallen Officer fundraiser. And when he’s done with that, he has to endure a television interview along with the rest of the SWAT team seeing as they made national news with their ‘Hot SWAT’ calendar that’s sold a million copies to women all over the world.

Needless to say, when Samuel Adams walks into the pharmacy hours later, he only has one thing on his mind. Ibuprofen.

Sadly, he never gets to the Ibuprofen. Mostly because before he gets there, he finds a junkie waving a gun around threatening to kill anybody that moves.

He’s running a fever. That has to be the reason that the girl in the corner begins cursing up a storm and drawing the junkie’s attention. Has to be.

And, of course, that’s when the curse words start flying.

The more nervous she gets, the worse her Tourette’s becomes. Which is, of course, why she stands up and gives the man a perfect target.

Thank God that the coughing giant in the corner makes the same move and saves her life.

And how does she repay him? By calling him every awful word in the dictionary.

Get your copy now!

ASHSJSLAKDHDHDISHOOMAHGAWD! Oh. Em. Gee. OHMAHGAWD! Ohmuthaeffingeeeeeeeeeee!
Ok. I’m gonna stop now.
No I’m not.
OH MY GOD.
Now I will.
Maybe.
Lani Lynn Vale ripped the rug right out from under me with this book. Just when I thought I’d seen her greatest she goes and writes Say It Ain’t So and proceeds to obliterate my entire mind. There’s no way to prepare yourself for the ride that is Sammy and Hastings story. None. Don’t even try. Just read and get ready to have the biggest book hangover of your life.
This book is filled with so much from humor to heat to romance and everything in between you won’t know which way is up by the time you’re finished. All you’ll know is that Sammy and Hastings are one of the greatest couples Lani has ever written.

Say It Ain’t So packs emotion, heat, swoon, and upheaval. One second I’m laughing and the next I’m crying. Sammy and Hastings have a crazy emotional journey, but it’s so worth it. Sammy is the perfect inspiration and hot cop. He’s so tender and sweet while also being pigheaded at times. Hastings is the girl you want as a best friend. Loyal and hilarious she tries not to let her Tourettes get her down. I love that they completed each other in different ways and gave each other what they needed.

Say It Ain’t So was so damn emotional but also shows us that sometimes the pain is most definitely worth the gain.

Lani Lynn Vale is a Wall Street Journal & USA Today Bestselling Author of over thirty titles. She is married with three children, two dogs, two cats, a donkey, and a couple (a couple also meaning over twenty) chickens.

Lani is married with three children and lives in the Great State of Texas. 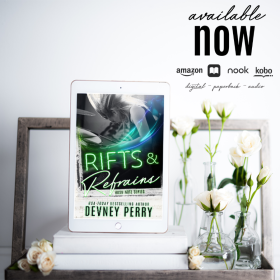