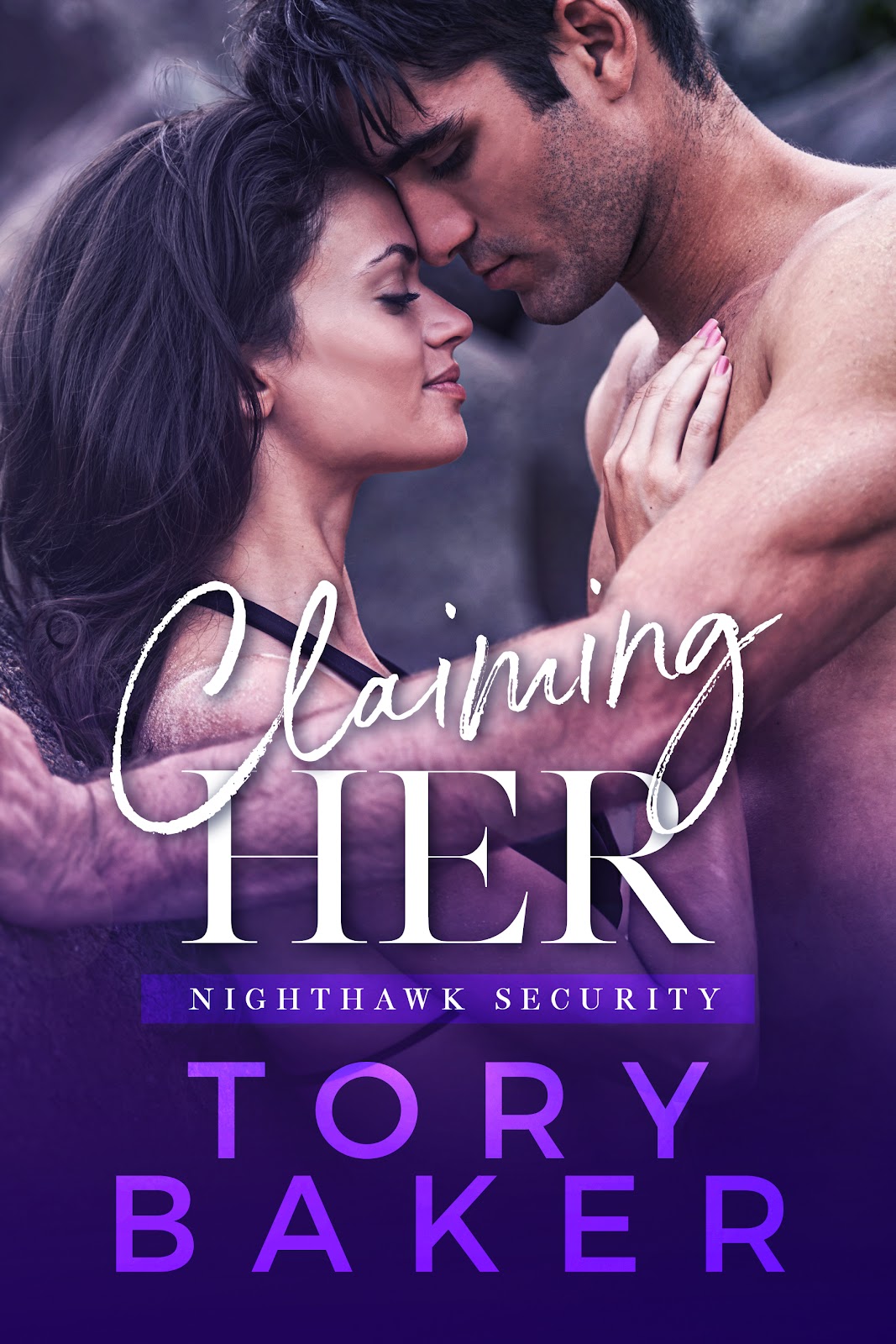 As owner of Nighthawk Security, Slade Chavez had created a company whose services were in high demand.
He had his pick of cases, but some cases pick you.
When Travis Daniels contacted him, it was to call in an old favor.
Someone was after his sister and Travis was overseas unable to help.
Slade stepped up to the plate, despite his misgivings.
It was meant to be simple. Get the girl and get her the hell out of the line of fire.
She was meant to be a job, but she became so much more.
This girl has me thinking of forever.
Are you ready for a new series, one with protective, over the top alpha heroes who will make you weak in the knees? If you’ve read Never Letting Go, then you saw a little bit of the Nighthawk Security men and just how far they’re willing to go for the women they love. This hot new series has been rated triple S.
Sweet. Safe. Sexy.
Each book can be read as a standalone and is chopped full of steamy heat, suspense and a no holds barred happily ever after.

Claiming her is a fast paced romantic suspense that will have you simultaneously on the edge of your seat and fanning yourself. This brother’s best friend read starts out immediately jumping in to Slade and Taylor’s story and doesn’t slow down at all.Taylor and Slade have electric chemistry, a sweet love and a fantastic connection. I honestly really enjoyed these two together.

“Trouble, you’re nothing but trouble, but the best kind there is. You stick that ass out, Taylor, I’m going to spank it every single time.” He’s biting on his lower lip, and I can see the desire in his eyes.

“Well, if that’s the case, I’ll do it again.” I go to roll back over, he stops me, but doing something completely out of the ordinary. He grasps my hips, picks me up, and slings me over his shoulder in a fireman’s hold. Slade walks us out the bedroom I’m staying in and takes me right to his, bypassing the bed and walking into the shower before sliding me down his body. My breath hitches when I rub against his hard on. It makes me want to purr, that’s how good it feels.

“Take a shower in here. I’ll move your things, then we’ll cook breakfast together.”

“Thanks, I guess?” I reply as he takes a step back.

“You need to cool off, and so do I. Don’t get me wrong, I love the look you have in your eyes right now, the way you feel when I’m between your legs. But first, I want us on the same page before I take what you’re offering.” Slade kisses me on the lips then leaves me standing in the middle of the bathroom, stunned speechless. I mumble to myself before turning around and doing like he said, getting in the shower, because let’s face it, Slade Chavez is not wrong. I need to cool myself down with a cold ass shower. 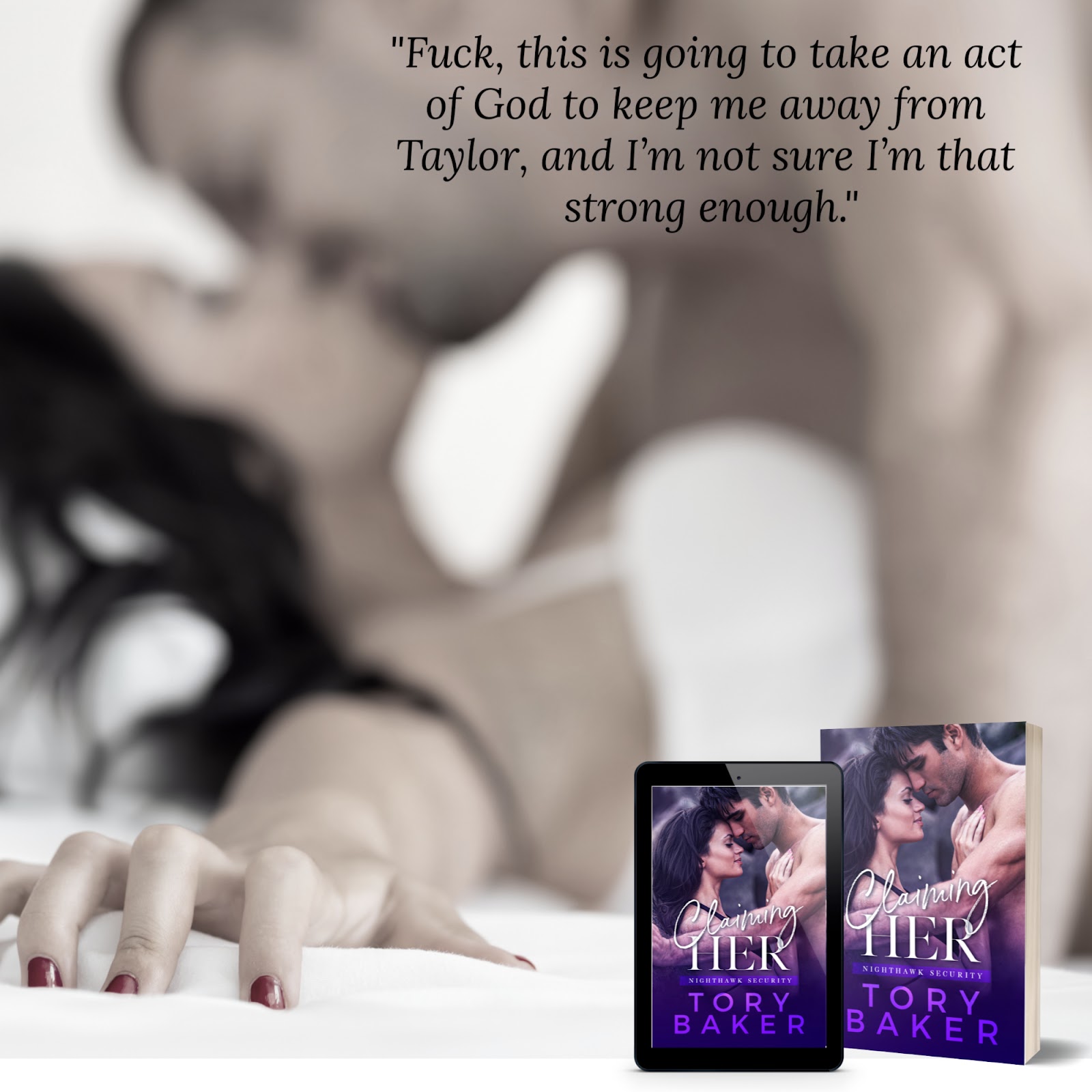 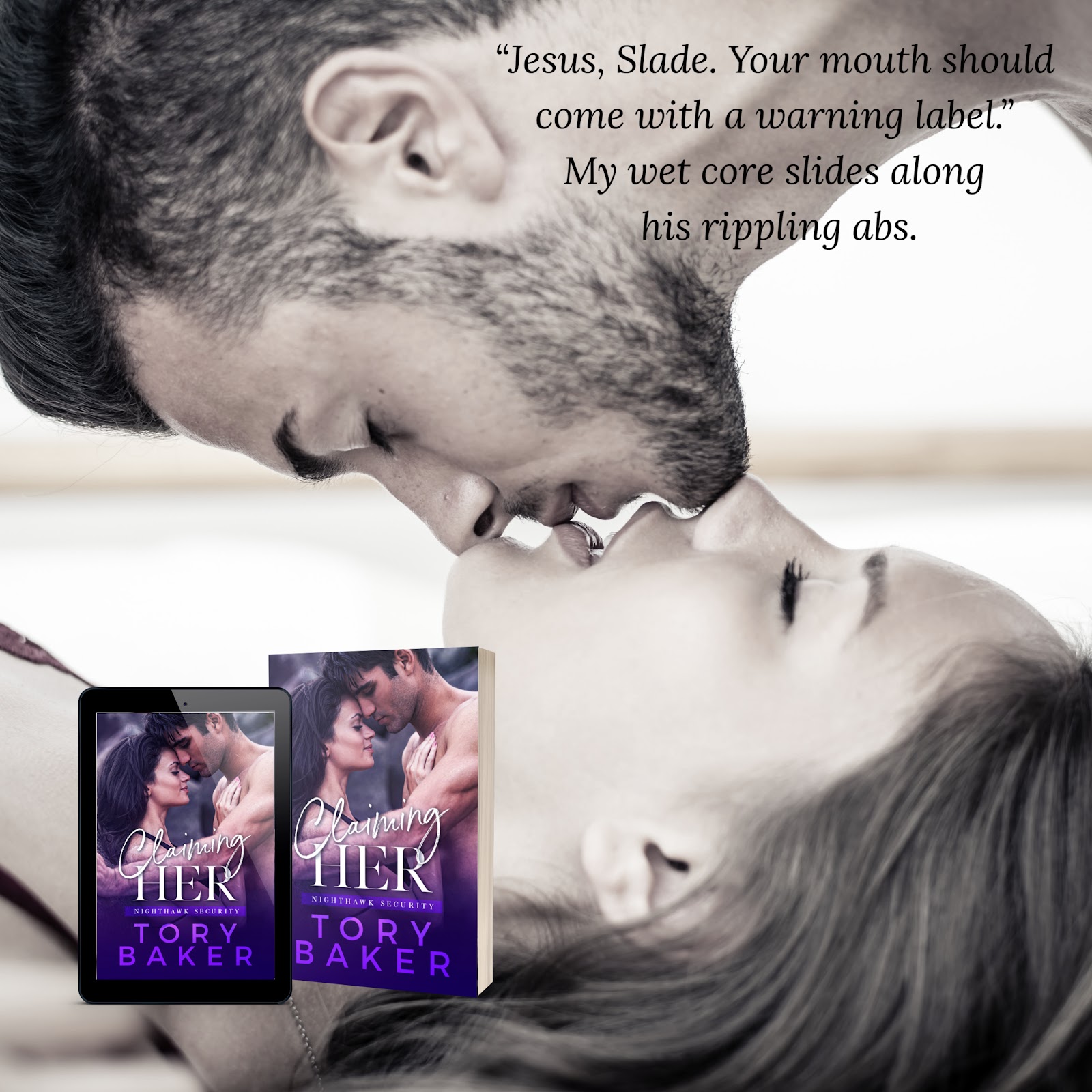 Tory Baker is a devoted mother to her two children, who keep her busy with their abundance of energy and sports. She’s a dog mom to her Weimaraner, Remi and her Beagle, Gunner. She lives in sunny Florida where she enjoys the sun, sand, and water anytime she can. Most of the time you can find her outside with a laptop on her lap, soaking up the rays while writing about Alpha men who love their women with everything they have to give and puts them first in everything they do with a guaranteed happily ever after.
She loves to hear from her readers and you can contact her at torybakerbooks@gmail.com
Facebook – Instagram – Goodreads – Amazon