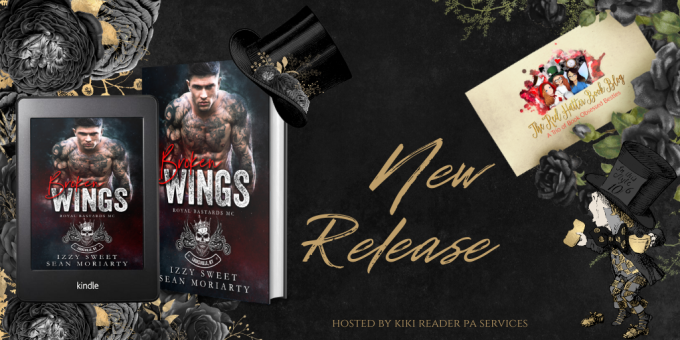 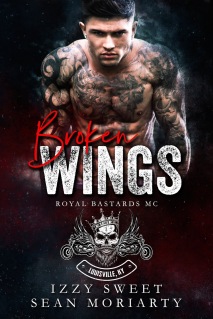 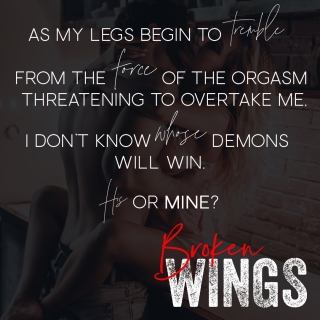 She says she doesn’t remember me and doesn’t know who I am, but it won’t stop me from claiming her again.Five years ago, Allie and I were young and in love. Giving into our crazy passion.As the son of an MC Pres, her uptight parents hated my guts, but I didn’t give a damn.I was ready to wife her up and start knocking her up with my kids.But a brutal accident almost killed her, and her parents ripped her from my grasp.I searched for her to no avail. Her family disappeared, dropping off the map.Years have passed with no word from her.Years that have hardened my heart and turned me into the Bastard I am.And now she’s back in my town, back with a kid that looks like me.She doesn’t understand why I’ve taken her.Or why I’ve locked her up and won’t let her out of my bed.And that’s fine with me.Because the one thing she will come to understand is that she’s mine and I’m never letting her go again.Broken Wings is a standalone dark MC romance set in the Royal Bastards MC universe. 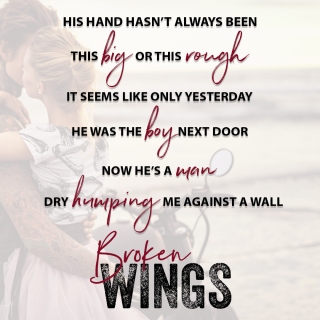 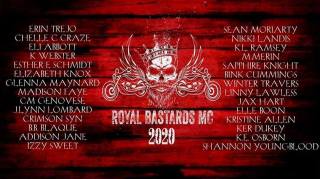 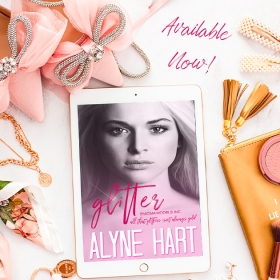 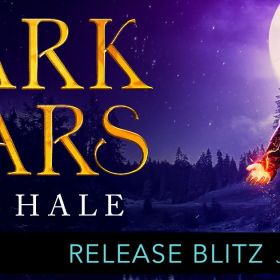 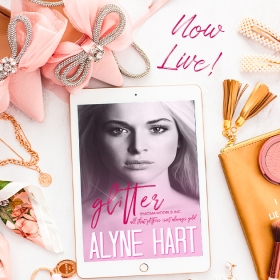 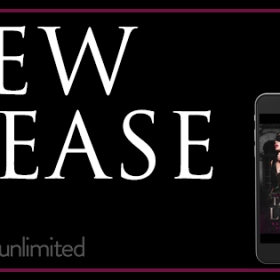 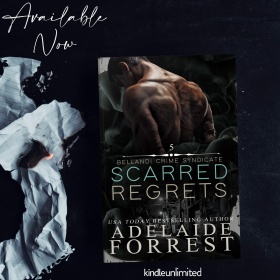