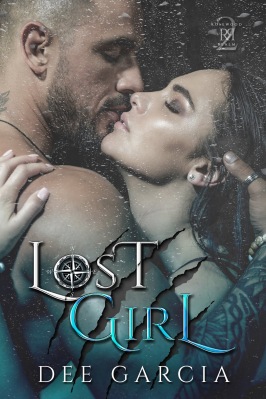 Wendy
I was just a normal girl in a normal human world. I’d loved. I’d lost. I’d grieved, and after some time, I moved on.
Then, and quite suddenly, he returned.
He—Peter Pan, my first love; a monster in disguise.
In the end, he paid the ultimate price, but his demise wasn’t enough.
Now, I’m paying off the interest, dragged into a realm filled with wicked creatures I thought only existed in fairy tales and lores.
They want answers.
And I have none to give.
But the proverbial hourglass is draining of sand, and as darkness consumes, I find myself accepting the fact I’ll never make it home.
I’ll die at their merciless hands.
That is, until one valiant creature intervenes—leader of The Lost Boys.
The Alpha.
Tavi
Finding Wendy was by sheer chance.
From the moment I saw her, I was blasted with this fierce sense of duty.
I can’t explain it.
All I knew was, I had the save her.
So I did, brought her back to the Woodlands—The Lost Boys’ stomping grounds. But her connection to Peter leaves her as ostracized as he once found himself.
Until her mortality poses a concern, one the factions can’t ignore.
One no one has answers for, either.
Both my father and the Sacred Six warn there might not be any, but that doesn’t deter Wendy from trying to find a solution.
Despite such pressing matters, though, there’s a singular thought that incessantly crosses my mind.
Proof that fate is real.
She’s mine.
And I’ll be damned if anyone—or anything—tries to rip my little wolf away from me.

BEFORE YOU READ LOST GIRL YOU MUST READ VENOM FIRST!!!! This is the 2nd book in the Rosewood Realm series.
Wendy’s life has been turned upside down, but she only has one person to blame for that. The one person she thought she would love forever turns out to be the devil in disguise. What she thought was true comes crashing down in the blink of an eye. If she could only make Tinksley understand she truly has no idea what she was speaking about. When Tavi hears her pleas for help he just can not help himself. He needs to know just who is pleading for help. Once he sees her there is something that just will not let him walk away from her. His protective instincts kick in and he will do anything to ensure she is kept safe. As he helps her out of her the situation she has been placed in another one arises. Tavi being a true alpha will do whatever is necessary to protect her. She helps calm his more aggressive side, and he helps her heal from the trauma of being thrust into this new life. The question then becomes what will Wendy do?
I will say I was really surprised in the beginning of the book. I won’t spoil it for you by saying why, but if you are anything like me you will be as well. The story flowed really well and the secondary characters helped move the story along. I love it when you start a series and even though each book is about a different couple we get to get caught up with the characters from the different books. I have already added the next book to my TBR…

Self-published dark romance author Dee Garcia was born and raised in Miami, Florida. A voracious fan of romance novels and long time lover of the written word, her mission is to craft unique, compelling, and deliciously dark stories that will give her readers a thrilling escape from the monotony of everyday reality. With fierce, headstrong heroines and sinful, possessive Alpha males weaved into her rousing tales, Dee hopes to leave her mark on the Indie world, one decadent plot twist at a time.