She thought he was the perfect man. Then she met his best friend.

It’s been eight months since the one-night stand that changed Rayna’s life, and she still thinks about Cain every day, making it hard to move on.

When her best friend plans a girls’ weekend in Vegas, Rayna is ready to take a leap of faith and get on with her life… until she finds herself stranded on the side of the road with a flat tire. Alone, afraid, and in the middle of nowhere, the last person she expects to stop and lend a hand is the one man she’s never been able to forget. Cain. But that’s exactly who shows up, and he’s even hotter now than he was on New Year’s Eve.

Cain can’t believe his good fortune. Rayna has haunted his memories for eight long months. Now he has a chance to finish what he started, and if Rayna is game, he’s prepared to blow her mind. Because this time his best friend Storm is with him, and the pair have a salaciously unique history with women. Maybe he and Storm are just what the overly sheltered Rayna needs to truly set herself free from her tragic past.

But hearts can be fickle lovers, and none of them can predict how one night of passionate exploration will alter the bonds of friendship, proving that sometimes three really can be a crowd.

Get ready to get caught in the storm of this epic series from award-winning author Donya Lynne. 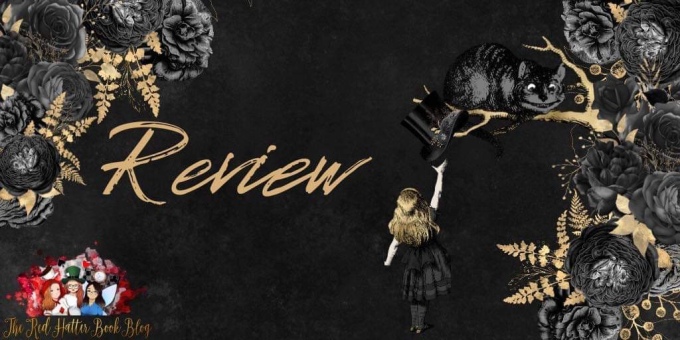 Savage Storm is a continuation of Lightning Strikes and Rayna and Cain’s story. The story picks up eight months later and Rayna is still captivated and consumed by the one night stand she shared with Cain and that changed her life.

Okay, can I just lead with the fact that the chemistry between Rayna and Cain was off-the-charts sizzling! I was completely taken with them and i has zero doubts those two belonged together. As for Storm, Cain’s best friend and Rayna’s other love interest, I could see what was meant to be a connection, but it just paled to what she and Cain had. At some points the story became predictable, but honestly that chemistry and sizzle between Rayna and Cain carried me through. 4 stars.

How had the night come to this? Until Cain, she had never hooked up with a stranger. And, until Mike, she had never thought she would want to do something so reckless again. But now, here she was, torn, confused, and ready to throw caution to the wind.

“He likes you,” Cain said matter-of-factly.

“Oh?” She averted her eyes, not wanting him to see how much she liked Mike too.

“I told you he would.” He took a final drag on his cigar, then stamped it out in the ashtray. “And you like him.”

“I’m not denying—” She cut off cold when she looked up to find Cain wearing a mischievous grin, his gaze dark and heated, as if he found this development intensely arousing.

Her voice went into lockdown. Not only did it appear that Cain didn’t mind her interest in Mike, but he was actually turned on by it.

He shifted closer, leaning in. “It’s okay to be attracted to both of us, Rayna. There’s no law that says you have to choose.”

Her heart beat a wild rhythm as she replayed his words inside her head, not sure if she’d heard him right. There’s no law that says you have to choose?

Was Cain suggesting…? Was he insinuating that she could have them both? And even if he was, she had never done anything like that and wasn’t sure she could. A one-night stand was one thing, but what he was suggesting was something else entirely. Going home with two men was wrong.

She looked up at Mike as he sank another shot, then lifted his steady, hopeful gaze to hers.

He knew. He knew what Cain was saying to her. They had planned this. They had come here prepared to take her home with them. With both of them.

And Rayna wasn’t a bad girl. Other than last New Year’s Eve, she was the epitome of the girl next door. The best, cleanest, most innocent girl you could ever meet. She had maintained her virginity until she was eighteen. She had never smoked, never experimented with drugs, and never drank to the point of excess. Textbook good girl.

Now here came Cain and Mike, suggesting she do something totally absurd. Something inconceivable, unheard-of, and foolish. Something that should have had her leaping from her seat as she slapped Cain across the cheek, appalled they would even propose such an idea. Instead, she was rethinking her life choices.

Maybe she had played her life a little too safely. And, sure, maybe her agoraphobia had something to do with that, but would it be so bad to get a little wild and crazy? Maybe she would even like it.

Her breathing deepened as Cain closed the space between them.

“Is that so hard to believe, Rayna?” he asked, playing his fingers through her long hair. “That you could have two men instead of one?”

“I…” She looked at him, then glanced back at Mike.

Was this really happening?

Cain’s index finger traced the shell of her ear as he leaned closer. “That two men find you desirable enough to want to share you?”

She drew her bottom lip between her teeth and shyly bowed her head, unable to look at either of them.

Cain brushed back her hair, lightly swept his lips up her cheek, then whispered against her ear, “If you think what I did to you on New Year’s Eve was good, it was nothing compared to what Storm and I can do to you together.”

She drew in her breath. God, he smelled good. Like vanilla, tobacco, and spicy deodorant. She dragged in another luscious inhale of his scent as every nerve ending in her body lit up.

He tipped his forehead to her temple. “In that lovely Dear John note you left me, you said I’d been just what you needed, right when you needed it. Can you imagine how liberated you’ll feel tomorrow morning if you let us show you how much more there is to see?”

“I… uh…” She tried not to tremble as his lips caressed her brow.

Closing her eyes, she let her cheek rub provocatively against his. In her mind, she was already beneath him, her legs and arms already around him, his body already rocking hard against hers.

She was hardly breathing, overwhelmed by his closeness and the heat of his body burning into hers.

A soft, rumbling moan of approval rose in his throat, making her lips part on a sigh.

The chemistry between them was as she remembered. He barely had to touch her to excite her.

Would she be able to say the same of Mike?

Her gaze slid across the room to his. He stood to the side of the pool table, watching her with Cain, his chest rising and falling heavily as his opponent took a shot and missed.

How could a woman choose when faced with two such fine but distinctly different prospects? She didn’t want to choose, and if Cain really was suggesting what she thought he was, she wouldn’t have to.

“Tell me, Rayna…” She held her breath as he brushed his lips over her ear. “Have you ever been fucked by two men at the same time?”

There it was. He’d said it out loud. And the raw, primal way he said fucked made her grateful she was seated, or she would have collapsed from the explosive weakness that shot down her legs.

“N-no.” Her mouth was drier than a bowl of talcum powder.

His fingers inched up the skirt of her dress and teased the inside of her knee.

Mike finished his game, collected his winnings, and stuffed the wad of cash in his pocket without looking at it. Then he started for the table, his gaze locked to hers with enough fire to double down on the inferno Cain had already ignited.

Cain’s fingertips trailed higher, stopping midway up her inner thigh, setting off all kinds of delightful warning bells inside her body as the invisible link between her and Mike intensified.

She held her breath.

Just as Mike reached the table, Cain kissed the patch of skin behind her ear and whispered, “Do you want to?”

Donya Lynne is the bestselling author of the award winning All the King’s Men and Strong Karma Series and a member of Romance Writers of America. Making her home in a wooded suburb of Indianapolis with her husband, Donya has lived in Indiana most of her life and knew at a young age she was destined to be a writer. She started writing poetry in grade school and won her first short story contest in fourth grade. In junior high, she began writing romantic stories for her friends, and by her sophomore year, she’d been dubbed Most Likely to Become a Romance Novelist. In 2012, she fulfilled her dream by publishing her first three novels. Her work has earned her two IPPYs, five eLit Awards, a USA Today Recommended Read, and numerous accolades, including two Smashwords bestsellers. When she’s not writing, she can be found cheering on the Indianapolis Colts or doing her cats’ bidding. 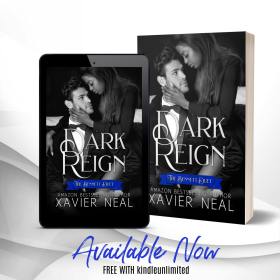 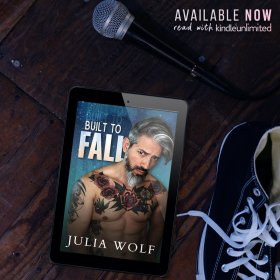 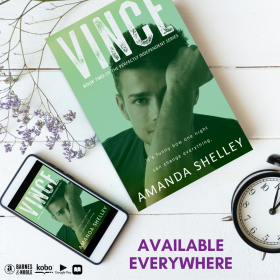 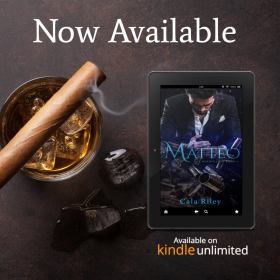 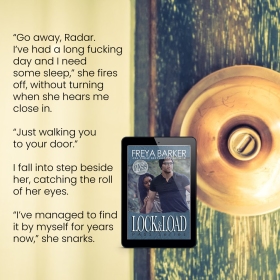