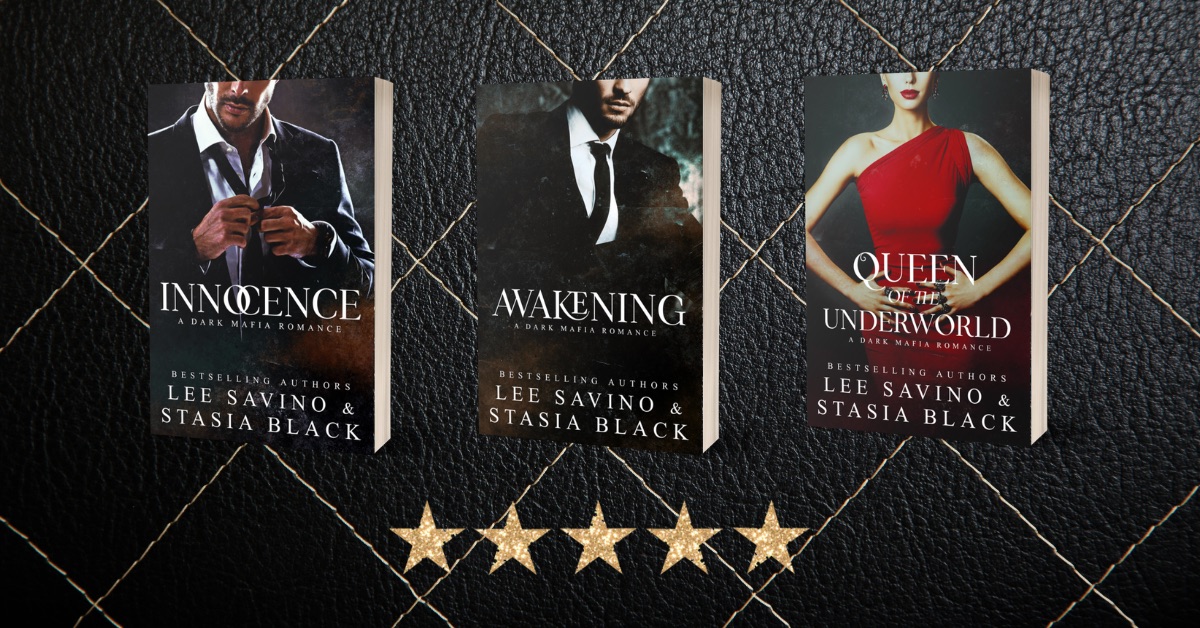 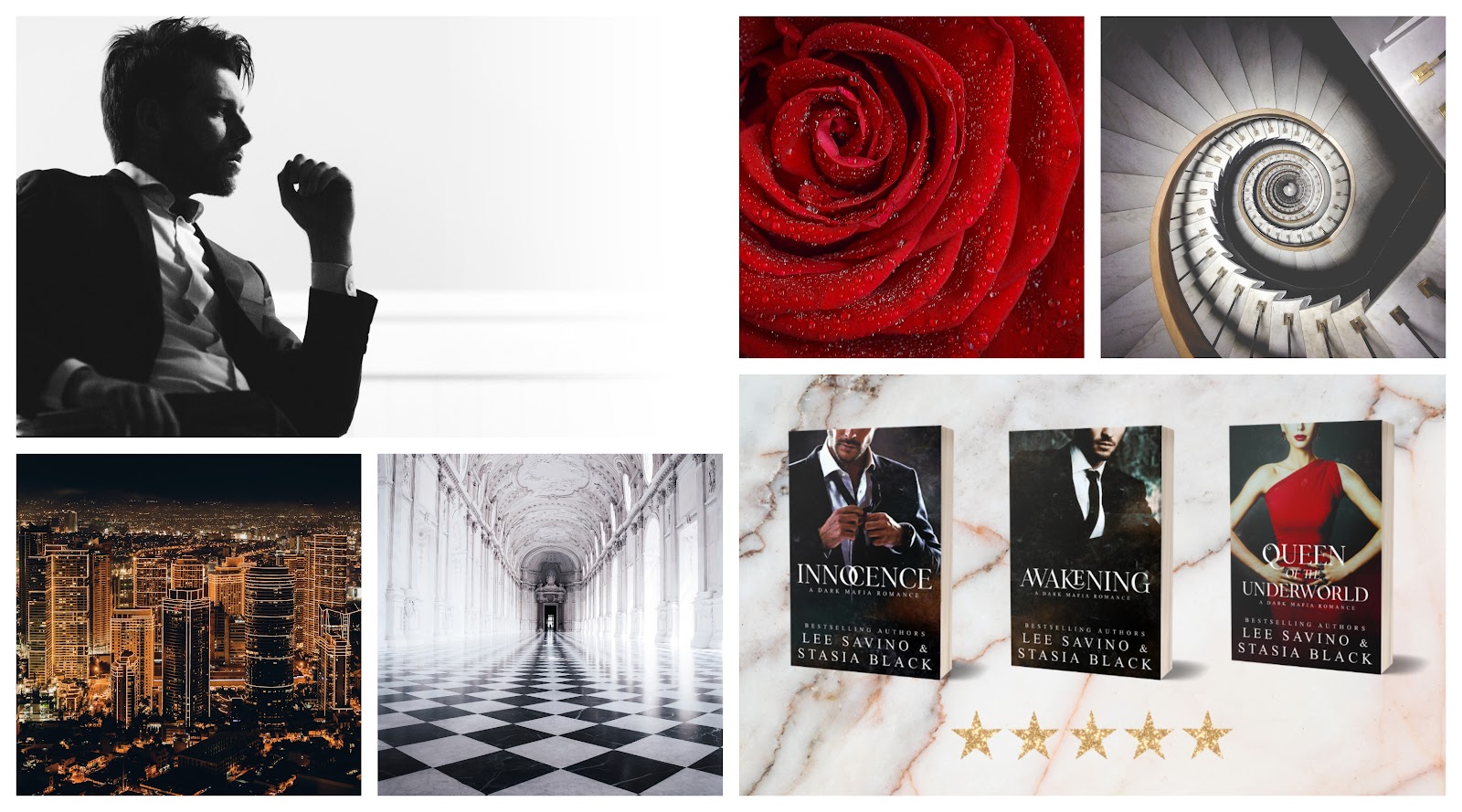 I’m king of the criminal underworld.

I always get what I want.

And she’s my obsession.

Cora is new to the city of sin.

Her innocent blue eyes beg for me to claim her.

But I’m not the billionaire she thinks I am.

There’s a darkness within me.

And Cora is a shining light.

She found me for a reason.

She’ll be my queen.

I’ll give her everything that her heart desires.

Except for one thing.

She’s mine to keep, and I’m never letting her go.

Note: This is a dark mafia romance with dark and intense sensual scenes. It is the first in a trilogy.

Holy crap on a cracker!!! What did I just read! This book has so many twist and turns I almost got whiplash from them all! I love a good book that leaves me begging for more and this book did just that.
Cora is a young naive young woman who finds out that living in the dirt is not all that it is cracked up to be. Marcus is a ruthless businessman who runs things the way he sees fit and lord help anyone who doesn’t fall in line.
I’m gonna end my review here because I need to start the 2nd book!!! I’m sure that one is going to be just as good as this one.

I wasn’t capable of love. Not until I met Cora.

I’ve claimed every inch of her body and I only want more.

I’m a man who craves control, but her power over me is absolute.

She holds my heart in her hands.

She can never find out.

The demons in this city want to destroy her.

It’s my job to protect her innocence. Lock her safe in my high tower.

But I’m the danger that she’s trying to escape.

The ruthless man in her bed.

A demon worse than all the others.

One who cannot save her from himself.

Holy shite!!!! Awakening picks up right where Innocence leaves off. This writing duo know how to keep you captivated from beginning to end.
In Awakening Cora begins to grow and starts to see the world she lives in for what it is. She learns that there are cruel people out there that will do anything to get themselves ahead no matter the cost. Marcus learns revenge is not everything, and his heart is where it needs to be. They still have a fight ahead of them, and I personally can not wait to see how the end plays out.

Queen of the Underworld (a Dark Mafia Romance Book3)

The King of the Underworld saved me from the streets, treated me like a princess, and locked me in a tower.

Then he turned into a beast.

There’s a darkness in him, I’ve seen it face to face.

He says I’m his light.

But if our love is going to last I’m going to have to be more than his princess.

I need to become a Queen.

The final chapter in Marcus and Cora’s story.

Shut the front door!!! This book has so much that happens in it that you will need to lock yourself in a room so you can immerse yourself completely in this book. Again this third and final book and it picks up right where the second left off. The push and pull between the two is in full force. Question is who will come out as the victor??
Cora has come so far from the beginning. She has grown into a strong woman whose innocence and naive nature has helped mold her into a force to be reckoned with. When she decided she needs to be in her own to find herself a lot of things come to light. Everything is not as it seems, and she needs to decide if her husband is worth everything or not.
The backbone that has come along with her growth has her husband reeling, since his over protectiveness is out in full force. Marcus has done everything to keep his wife safe including leaving her in the dark on some very important things. When answers to questions get answered in this book will Marcus save or lose Cora.

Cora knew she was dreaming.

She stood on the rooftop of a high rise, goosebumps rising on her skin at the glorious view. Beside her stood the man who gave her everything, his face shadowed.

“It’s beautiful.” The city lights glittered like jewels in a black velvet night. The whole world laid at her feet.

“It’s mine,” Marcus told her. “Everything you see belongs to me.”

She wore a red dress and heels with slender straps winding up her legs. Her wrists bore silver cuffs. Her ring flashed red as she tucked a strand of hair behind her ear.

“Everything?” She leaned against the ledge, striking a pose. The old Cora, country girl Cora would never be so brazen. The old Cora was a sheltered virgin, sweet and naive.

The old Cora was dead.

Marcus’s footsteps echoed as he stalked to her. “Everything.” The lines beside his dark eyes crinkled.

He grasped her hips and lifted her onto the ledge. Giggles escaped as her chest tightened. Before her stood the man she loved. Behind her, a dark expanse. An endless chasm.

“Marcus.” She clutched his broad shoulders. The wind ripped at her garments, tugged her silvery hair.

He caught her wrists and forced her hands back.

“Yes,” she whispered. Her fingers fluttered. The garnet in her engagement ring caught the light.

Marcus moved closer as if to kiss her. She angled her face towards his—

—and he shoved her off the ledge. Her hands reach for him, her dress streaming around her floating body as Marcus grew further and further away.

The night rose up, surrounded, swallowed her. The city lights swirled, a dizzying kaleidoscope. One by one, the lights went out and Cora tumbled into darkness.

Cora jerked awake. Marcus’s dark head on the pillow beside her’s, the shadows under his eyes lighter with sleep. The sight of him anchored her, grounding her spinning senses, the weightless sensation. If she closed her eyes, she was still falling.

Smoothing her pillow, Cora settled in. In the dark confines of Marcus’s bedroom, she was safe.

Safe from everyone but him.

Stasia was born in Georgia, grew up in Texas, recently spent a freezing five-year stint in Minnesota, and now is happily planted in sunny California, which she will never, ever leave.

She loves writing, reading, listening to podcasts, and has recently taken up biking after a twenty-year sabbatical (and has the bumps and bruises to prove it). She lives with her own personal cheerleader, aka, her handsome husband, and their teenage son. Wow. Typing that makes her feel old. And writing about herself in the third person makes her feel a little like a nutjob, but ahem! Where were we?

Stasia’s drawn to romantic stories that don’t take the easy way out. She wants to see beneath people’s veneer and poke into their dark places, their twisted motives, and their deepest desires. Basically, she wants to create characters that make readers alternately laugh, cry ugly tears, want to toss their kindles across the room, and then declare they have a new FBB (forever book boyfriend).

LEE SAVINO is a USA today bestselling author of smexy romance. Smexy, as in “smart and sexy.”

She’s also a mom and a choco-holic. Visit www.leesavino.com to download a free book!

You can find her on Facebook in the Goddess Group (which you totally should join).