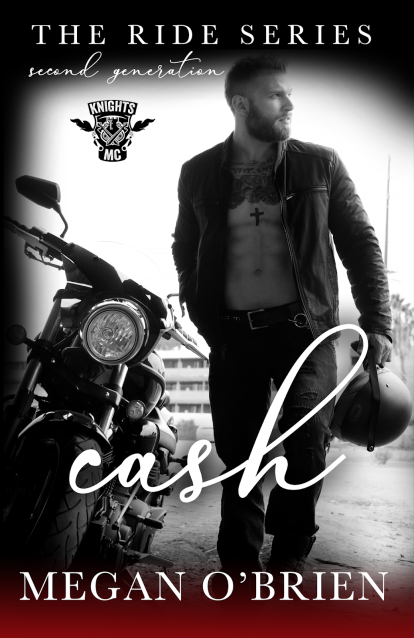 Title: Cash
Series: Ride Series Second Generation #3
Author: Megan O’Brien
Genre: Contemporary MC Romance
Release Date: September 3, 2019
Blurb
From the moment Cash Walker encounters Layla West, it’s
clear she’s different than any woman he’s ever met. Her bright green eyes and
strong will have him captivated. She’s his. Now he just has to convince
her.
After losing her nan, Layla relocates to Hawthorne, Nevada,
with her five-year-old daughter and the desire for a fresh start. What she
hadn’t planned on was a cocky, hot-as-hell biker determined to work his way
into her heart.
When danger threatens Layla, Cash will stop at nothing to
protect the family he’s claimed, even if it means partnering with a club from
the past in unexpected ways.
This the story of Layla and Cash, the third book in the Ride
Series Second Generation.
ADD TO GOODREADS

I can’t believe I forgot how much I love Megan O’Brien’s writing! I adored her first MC series and now I can safely say the second gen may be even better than the first! Cash’s story is all kinds of perfect. Loaded with everything any MC romance lover loves. Bad@#$ bikers, steamy swoon, strong ladies, tight knit families and plenty of action.
I freaking loved Cash. At first coming off as arrogant and aloof, he quickly shows the real side of him when it comes to Layla. And then he’s a down right teddy bear when it comes to Layla’s adorable little girl. Talk about swoon. I swear my ovaries exploded multiple times because of how perfect he was with his girls. Between him constantly melting my heart and how strong Layla is I was in heaven reading their story!

OMG!!! This second generation of hot as he&& bikers could definitely give the first generation a run for their money…
Layla has come to Hawthorne for a fresh start. She has a beautiful 5 year old daughter named Riley who will keep a smile on your face. She has met some of the MC ladies, and a few of the men since one their own had been taking care of her nan before she passed. Cash is in the MC and when he first lays eyes on Layla he knows there is something special about her. After their initial meeting Cash has his worked cut out for him. Layla isn’t going to make it easy, and Cash isn’t about to give up. Layla is a sassy young lady who refuses just to be another notch on his bed post.
Follow their journey as they overcome a few obstacles, and find the family they both deserve. 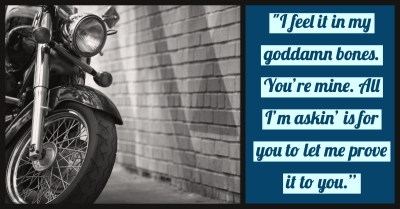 Megan O’Brien is the best selling author of the Ride Series
and the Talon Security Series. She has a passion for a good love story and most
enjoys writing stories with an alpha male and strong female
characters.Megan was born and raised in Northern California where she still resides with
her handsome hubby and three amazing kiddos.When she’s not enjoying family time or burying her nose in her kindle she loves
hiking, running and relaxing moments on the back porch with a glass of wine.
Author Links