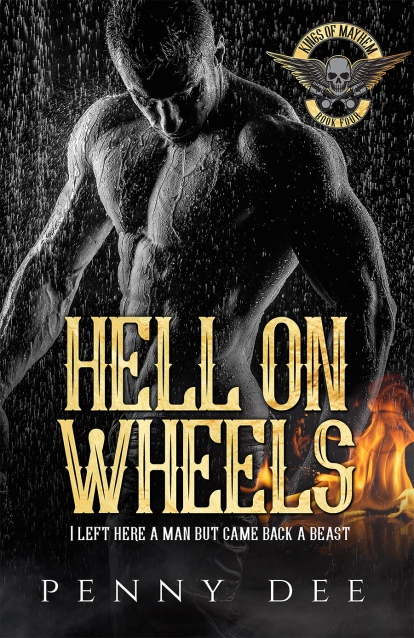 A shoulder-fired missile broke my body.

But betrayal obliterated my heart.

For months I lingered in and out of hell until my body healed.

Now I’m back in town with my club brothers. They think I am ok. But I am still
fighting a war of darkness in my head and I can’t see a way out.

Then she comes into town like a summer breeze and makes me feel things I didn’t
know existed.

She has the voice of an angel and the body of a goddess.

But she is running from her own demons. From the Devil himself.

He’s coming to town and she’s scared. But I’ve walked through hell and
survived.

And I’ll
walk through it again to protect her.
CASSIDY

I’ve spent years running from my past.

Then I meet a beautiful, scarred beast of man who makes me feel something for
the first time of my life…hope.

He makes me want to stay but it’s an impossibility.

Because the Devil is coming for me and when he arrives I won’t stand a chance.

Hell on
Wheels is book four in the Kings of Mayhem MC series.
ADD TO GOODREADS

In book 4 of Kings of Mayhem we get Chance our broken war hero. He has been through so much and is skillful at keeping his memories to himself. Since he has been back women have come and gone, but has not been at the top of his list. Until he meets a fiery blonde bombshell with a voice of an Angel. Cassidy has so many demons of her own. She never stays in a place very long for fear of being caught. Her situation will have you wanting to protect her just has Chance does.
Their story does not start out all hearts and flowery. It is a very slow burn that builds up to an even more explosive ending. Both Chance and Cassidy deserve nothing but happiness. We get a big look into both of their pasts. Their pasts are not something I would wish upon anyone. The saying what doesn’t kill you makes you stronger. I fully believe it applies to these two.
I have read every book in this series. The author does an amazing job at pulling you in. All the emotions that the characters have you will feel them too. We get heartbreak, pain, frightened, and then of course love. 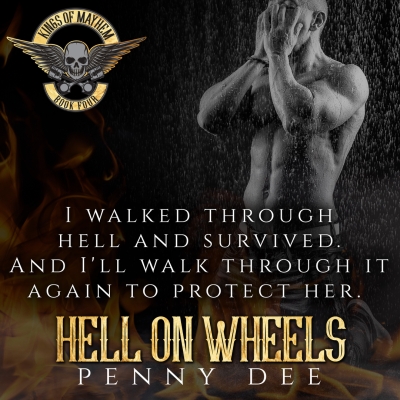 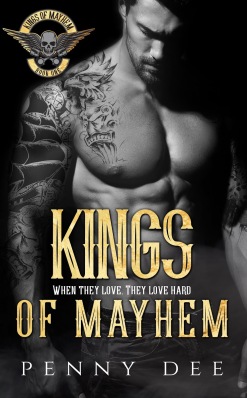 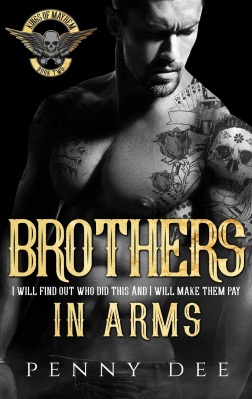 Penny Dee
writes contemporary romance about rockstars, bikers, hockey players and
everyone in-between. She believes true love never runs smoothly, and her
characters realize this too, with a boatload of drama and a whole lot of steam.
She found
her happily ever after in Australia where she lives with her husband, daughter
and a dog named Bindi.
Author Links
FACEBOOK