I broke her heart ten years ago and left town.

She hates me, and rightly so. It doesn’t matter that the rest of the country loves me, that I’m a starting quarterback with a multimillion-dollar contract. Because when I look in the mirror, all I see is a failure who was too young—and too afraid—to fight for what I wanted.

But I’m not that guy anymore, and all I need is one shot to convince her.

He has no idea what happened after he left. And now I’m supposed to work alongside him like we don’t have this huge, messy history?

But I’m older now, wiser, and I won’t let anything stand in my way of doing a good job for this league. Not even one overpaid, arrogant player who thinks we’re going to kiss and make up.

News flash, buddy: I am over you.

Second chance romances are totally my jam. There’s something about two people coming together after enduring and overcoming that makes a love story so much sweeter and worthwhile. Add to that Kendall Ryan’s special mix of sweet and sexy with sprinkles of funny and angst and I’m one happy bookworm!

Jane was an easy character to like. Sweet, sassy, smart, and totally into sports. Football in this particular case. She’s driven and has reached he top of her profession via her own merit and hard work. Weston is yummy. He’s an professional athlete, sexy, and a bit of an ass. But what famous, sports hero isn’t? I loved Jane and Weston’s connection and these two had chemistry for days! I really liked watching them come together again and narrowly avoid the pitfalls in their relationship the second time around. There were a couple of times I found myself huffing in annoyance or giving a slight eye roll at their choices, but despite that the story was overall great.

Dear Jane was tons sweet, plenty sexy, and with just enough laughs and angst to keep me turning the pages at a feverish pace. 4 Stars.

A New York Times, Wall Street Journal, and USA Today bestselling author of more than two dozen titles, Kendall Ryan has sold over 1.5 million books and her books have been translated into several languages in countries around the world. She’s a traditionally published author with Simon & Schuster and Harper Collins UK, as well as an independently published author. Since she first began self-publishing in 2012, she’s appeared at #1 on Barnes & Noble and iBooks charts around the world. Her books have also appeared on the New York Times and USA Today bestseller lists more than three dozen times. Ryan has been featured in such publications as USA Today, Newsweek, and InTouch Magazine.

Visit her at: www.kendallryanbooks.com for the latest book news, and fun extras 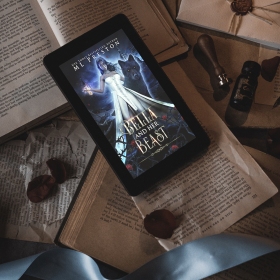 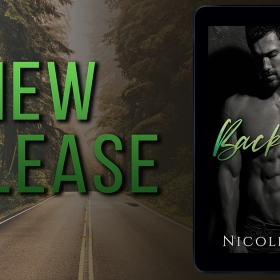