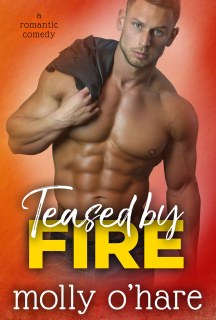 Olive has always been content living an anti-social existence while letting the characters she writes about fulfill her wild side. She’s worked hard to achieve a zero human interaction life. However, that came to an end when out of nowhere her best friend announced she’s moving out, and her brother was moving in. Not only does Olive now have to deal with the guy that has teased her their whole life, but he also came with a cat the size of a human child.
Hank’s had a thing for Olive for as long as he could remember. When he realized she needed a roommate, he jumped at the chance. Why wouldn’t he when annoying Olive had always been his favorite pastime? Then one day when Hank let his curiosity get the better of him, he discovered Olive had a whole other side of her she kept hidden away.
Now, all Hank had to do was convince Olive life was a heck of a lot more fun when you add some fire to it. Honestly, what could possibly go wrong?

Britt’s 🎩🎩🎩🎩🎩 hat review:
I’m not going to lie, I’ve been dying to get my hands on Hank and Olive’s story since I was Teased by the blurb. See what I did there? Sorry. I’ll stop. No one does romcom better than Molly O’Hare and this book brings all of her talent right to the forefront. I laughed so hard I cried while reading this but she perfectly balances the hysterical comedy and brilliant banter with true sweep you off your feet, feel it in your soul romance creating the kind of romcom that steals your heart while it keeps you smiling.
Olive is hands down my favorite character from Molly. That girl is like my book soul sister. So many things would come out of her mouth where I was left going “YAAAAAS! PREACH QUEEN” while I was cracking up. Olive is so funny, so adorably sweet, and so relatable. Hank on the other hand, while he’s also equally hilarious he’s most definitely H.O.T. hot!
The heat is ramped up in this book compared to Molly’s previous books and it is DIVINE! Olive and Hank definitely set the pages on fire more than once during this book. Hank and Olive along with Hank’s giant cat, named Dog had me flying through the pages of this unputdownable read! Mix laugh out loud hilarity and steamy sexiness with some major swoon and a good dose of heart stopping moments and you’ve got that magic that is Teased by Fire.
Julia’s 🎩🎩🎩🎩🎩 hat review:
Someone get me the fire hose, Teased by Fire is scorching hot!! Molly O’Hare brings us sweet, saucy, and hot all in one book! Hank had my pulse thumping, while Olive had me laughing my butt off. No, seriously. Hank is a firefighter, yum, who has been in love with his little sister’s best friend. He takes advantage of a situation and puts himself front and center into Olive’s life. Olive is me. She hates people, she hates human interaction. She prefers her books. When an opportunity presents itself to do the dirty with hot Hank, she jumps in with both feet.

This is one book you don’t want to miss out on! I love all of the humor that blends perfectly with the sweetness of the story. Then we get the heat ramped up and it turns Teased By Fire into a beautifully blended sweet, hot, and hilarious story! Hank will have you swooning, from his cute pranks to his devotion to Olive. Olive will have you laughing out loud, from her predicaments with Dog the cat to her utter obsession with Hank.

I’m so in love with Molly O’Hare’s writing. Her characters are perfectly awkward, her romance is amazingly sweet, her humor will have tears rolling down your face. Teased By Fire gives you everything you need in a five star book! With the added benefits of Dog the cat. Hank and Olive will sweep you off your feet while also having you bent over laughing. What more could you ask for? 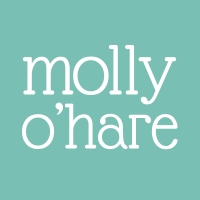 Much like any author out there, sleeping does not come easy to Molly. As it turns out, she has horrible insomnia . When she was younger, to help herself fall asleep she would recite stories. Each night she’d pick up where the story left off previously until the tale was complete. One morning, after she finished a particularly fun adventure, she decided she wanted to start sharing them with others. A few months later, here she is, sharing her lack of sleep with all of you. Who says the stories in our heads can’t be fun for others?
Also, she loves Fun Facts. New ones are at the end of each of her book. If you look close enough, some are hidden on her website too. 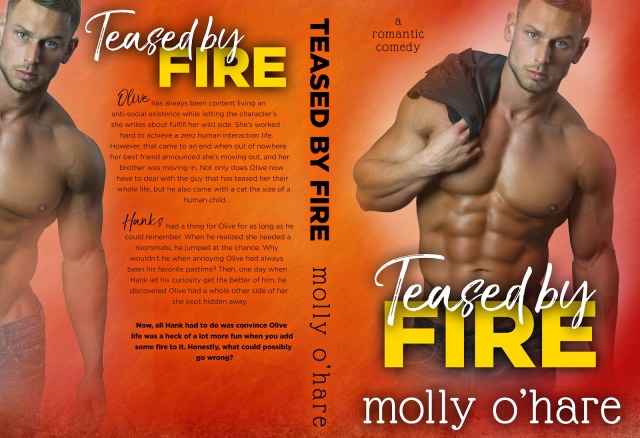