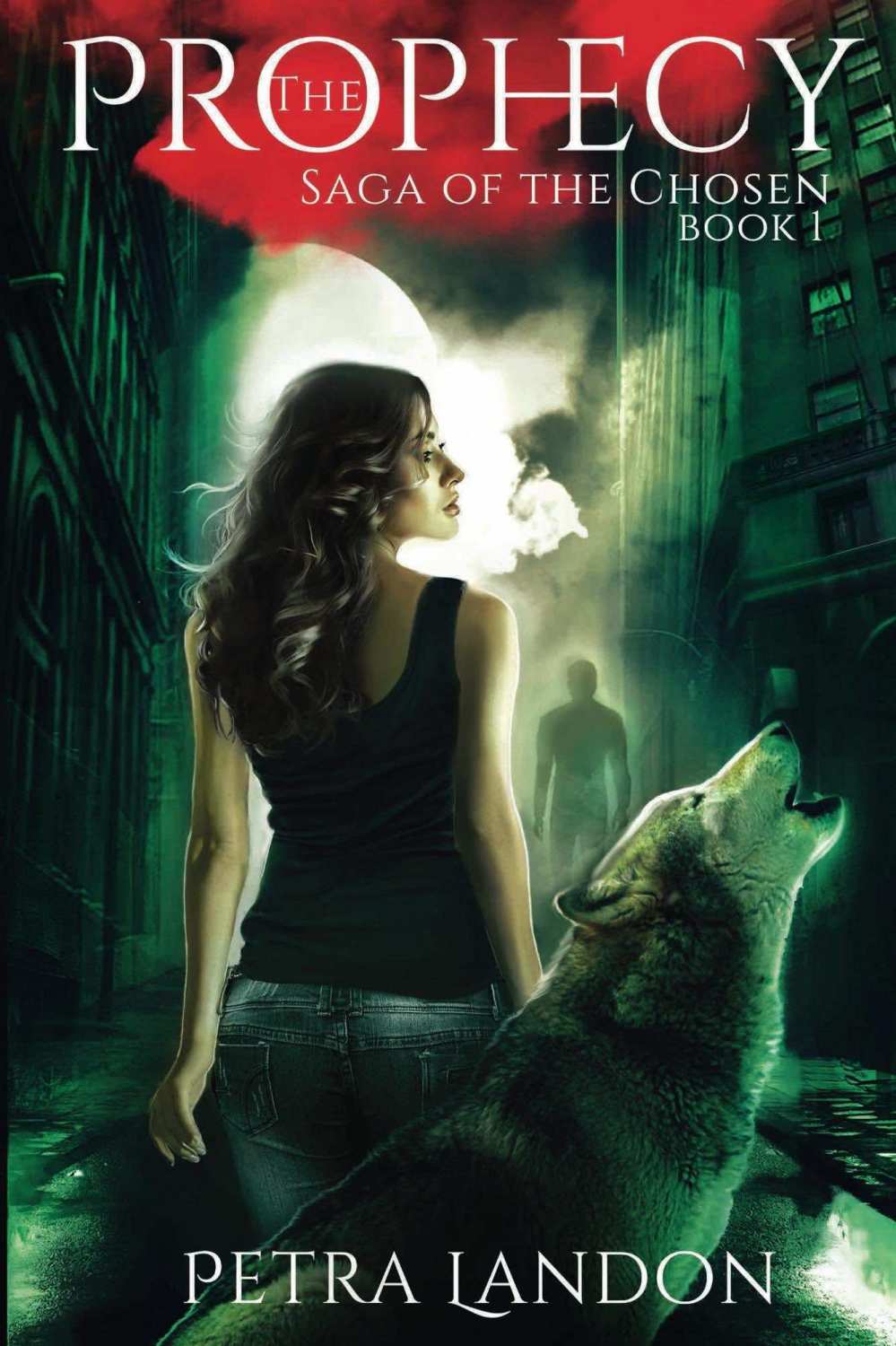 As a powerful wizard threatens the Chosen from beyond the grave, can they unravel The Prophecy in time to save their world?

Tasia is a very special Chosen. Warned to keep her distance from her brethren, she makes a fateful decision one night to assist an injured Shape-shifter. Suddenly, Tasia finds herself in the cross-hairs of Shifter mercenaries encroaching on San Francisco and their vampire allies. Forced out of the shadows, Tasia has little choice but to ally herself with the local Shifter Pack, led by a formidable and dangerous Alpha Protector. Amidst the volatile and aggressive Shifters, Tasia must fight to guard her secrets while struggling to negotiate with the enigmatic Alpha who holds his violent Pack together with a ruthless hand on its reins.
Grave danger threatens their world as a powerful wizard exploits an old prophecy to divide the Chosen. When the Pack is asked to investigate the twenty-five year old mystery, Tasia is drawn deeper into a past that risks raising the suspicions of the very Chosen she hides from. As danger closes in on her, Tasia must decide who to trust with the deadly secrets she guards. 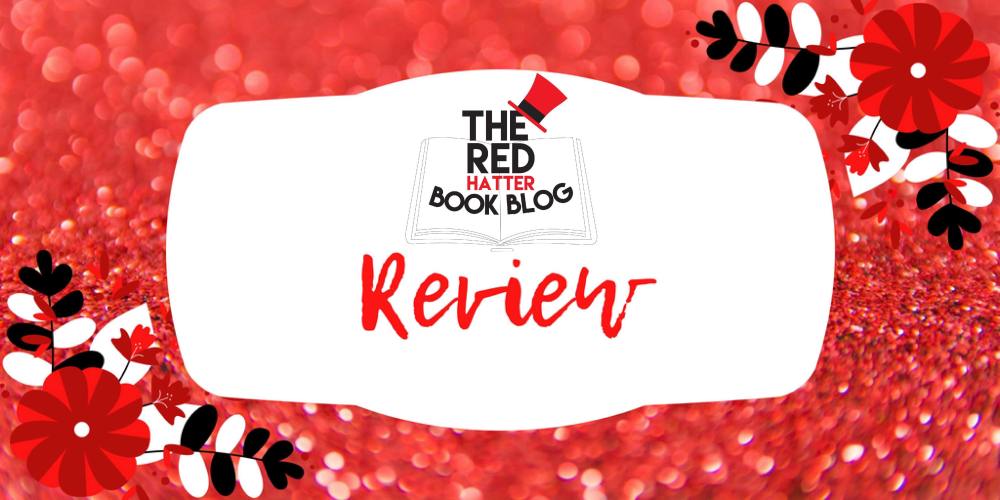 This is Urban Fantasy. This isn’t just another shifter story, this has so many elements involved that twine together to bring you a true Urban Fantasy. I loved everything about this book. Everything. Once again Petra Landon has brought a new refreshing story to us. This isn’t the same old, this is something new and exciting. Tasia is a very mysterious character, after finishing this I still have questions! (I’m sure they will be answered in later books!) The same with Raoul. Both seem to have some pretty big tragedies and mysteries in their past. Tasia is a bit naive, but she’s got a backbone and is a fast learner. When she saves someone she’s never met who happens to be a Shifter, which she was warned about, she starts on an epic adventure. One thing I am coming to love about Petra Landon’s books is that she successfully makes honest characters. I can see myself being best friends with Tasia, Hawk, Sara, and Sienna. I can see myself crushing on the imposing, strong, quick tempered Alpha. The relationships she writes are real and honest. You don’t come across that a lot in books. Back to the story, Tasia receives Pack protection and comes to find out that she seriously needs it. She’s been hiding herself for so long and hiding her magic that it’s hard for her to accept allies. Because of this there seems to be some misunderstandings between her and the Alpha, Raoul. They both have a spark that I’m hoping develops into more in a later book. They seem to need to figure themselves out before they bring themselves together.
I, obviously, loved this book. I loved the storyline which kept me intrigued the entire book. I loved the characters and want to become best friends with them. The writing was superb. I’m really looking forward to more from this series and from the author! 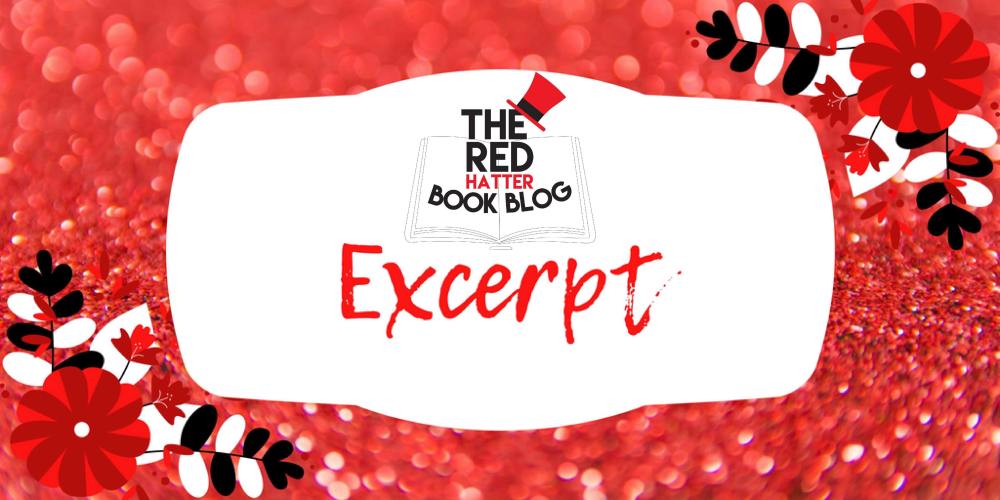 “Who did you tell, witchling?” he demanded.
“Caroline Hamilton.”
Her words elicited a brief flash of surprise in the Alpha before anger overpowered his emotions again.
“David Hamilton’s daughter” he muttered under his breath. “How’d you meet her?”
“She’s my friend” Tasia explained in an attempt to articulate her jumbled thoughts. “I had a discreet
conversation with her because she’s very well connected. And because I knew that I could trust her to keep
my name out of it.”
“I see. And when were you planning to inform me of this discreet conversation you had with your
friend?” he inquired sarcastically. “I’m guessing never.”
“Alpha” she began, in a second attempt to explain herself.
The Alpha raised a large hand peremptorily to stop Tasia’s attempts at further explanation.
“You need to decide where your loyalties lie, witchling. If you’re Pack, you do not snitch to the wizards
and forget to tell your Alpha about it.”
“I’m not Pack” Tasia protested softly, troubled by the accusation levelled against her. “And I’ve never
lied to you.”
“Be very glad that I don’t consider you Pack” the Alpha bit out, ignoring the latter part of her words.
He took a stride closer to loom over her, his body vibrating with a kind of tightly controlled fury. “Do you
know what I do to my Shifters if they betray me like you’ve done?” he inquired with a whisper-soft menace
that had Tasia take an involuntary step back from him.
Tasia stood there trembling as she stared up blindly at two hundred and fifty pounds of muscled Shifter
breathing fire and fury down on her. Her heart sank like a stone and a dead weight seemed to press down
on her chest. She felt utterly defeated; regret and despair swamping her. How had a single act of kindness
led to this, she wondered despondently. She was truly thankful to the Alpha. And she had tried her best to
repay him and the Pack for their protection. She’d even braved a pair of Guardians at the Alpha’s request.
Something she had promised herself that she would never do. Her old boring life where she played it safe
suddenly seemed a much better proposition than this. Her fear had come true – she had somehow managed
to jump from the frying pan into the fire!
“Please” she pleaded as a kind of numbness spread through her. “I meant no disrespect. I just … wanted
to warn the wizards out there so they could watch out for themselves.”
Her words, which under other circumstances would have gotten through to him, fell on deaf ears now.
Raoul was past listening to any explanations. In his fury, his past experience with another powerful female
wizard who had betrayed him to devastating effect had merged with his present. Her explanation merely
served to roil him up even more.
“You lied to me, witchling. That is what you Spell Casters do” he bit out bitterly. “A lie of omission
is still a lie. Have you forgotten what you told me – forgotten your own observation regarding the dynamics
of this Pack? When you’re Pack, especially mine, you ask my permission before you do anything, even if
just drawing your next breath” he hissed softly, stalking towards her to loom over her in a rage fueled by
aggression.
Tasia raised a small hand instinctively to hold him off as he crowded her. The telling gesture seemed
to snap the Alpha out of his angry ferocity. He caught himself in mid tirade to take a deliberate step back,
careful to ensure Tasia her personal space.
A pregnant silence descended on the room as they stared at each other across the small distance and
greater divide; both pairs of eyes stark with the reflection of a new awareness between them.
“You have nothing to fear from me” his tone was curiously formal, his voice sounding oddly strangled.
Tasia lowered the hand that she had instinctively raised to ward him off and gazed at him in weary
resignation.
“I … I think it’s time we went our separate ways, Alpha. It’s clear that you dislike me. You certainly
don’t trust me. I know that you offered me Pack protection from a sense of obligation.”
The Alpha, who’d been listening to her with a stony look on his face, opened his mouth to interject.
However, this time it was Tasia’s turn to raise her hand to stop him.
“Please” she pleaded softly, clearly overwrought. “Let me get this off my chest. I’ve had doubts about
this from day one. It is no one’s fault but my own. What was I thinking – how could I ever fit in a Shifter
Pack? I know nothing of your ways or traditions.”
Tasia shook her head, her dejection clear. The Alpha, utterly silent, watched her with a shuttered
expression.
“I chose to take the easy way out when you offered me protection because I was weary. Weary of
always looking over my shoulder; and tired of fighting to suppress every ounce of magic in me for fear that
someone someday would recognize me for who I am. It’s no good – no matter what I do, I will always fall
short of your expectations. We’ve had a good run. It’s now time to dissolve this … this association. The
Pack has protected me from the mercenaries and the vampires. You’ve more than repaid any assistance that
I provided Hawk. Please consider any debt repaid in full.”
Tasia took a deep breath as she moved determinedly towards the door.
“It is time I left the Lair. Thank you again for your hospitality, Alpha.”
She pulled at the door blindly, the heavy sound-proofed door defeating her attempts to open it. The
Alpha watched her attempts blankly, an oddly unfocused look in his eyes. Eventually he snapped out of his
stupor to stop her precipitate exit.
“Wait, witch …” he stopped abruptly to prevent himself from completing the familiar epithet he’d
always used for her.
– An avid reader all her life, only recently has Petra allowed her own imagination to run riot. She loves to travel and reads everything she can get her hands on. Her idea of a good read is one where the story and characters linger, long after the book has been set aside. Sometimes, when the ending of a promising book disappoints her, she imagines a different and more satisfying outcome for herself.

She strives to write fantasy with vivid characters and elements of adventure, mystery and romance juxtaposed together, since those are the tales she has enjoyed the most over the years. To share the stories swirling in her imagination is a labor of love and a lifelong dream come true for Petra. 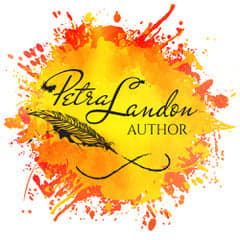